Predictions for 2020 from Anthony Lamacchia 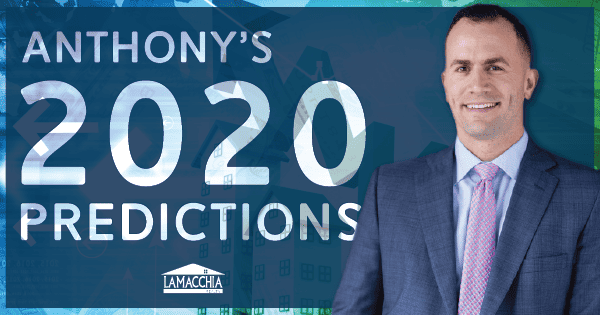 Get Ready for Even Lower Inventory

2019 was a very interesting year for Real Estate with a couple of big surprises.  The first one was Interest Rates going down! No one saw that coming but it was a boon for the market. The second one was the inventory of homes for sale in Massachusetts is ending the year at its lowest point ever before.  A year ago that didn’t seem possible given the fact that the inventory finally rose above the prior year for the first time in six years in August 2018.  Neither of those two important changes were expected back at the beginning of 2019.

The below graph shows the total amount of homes for sale per week going back five years. 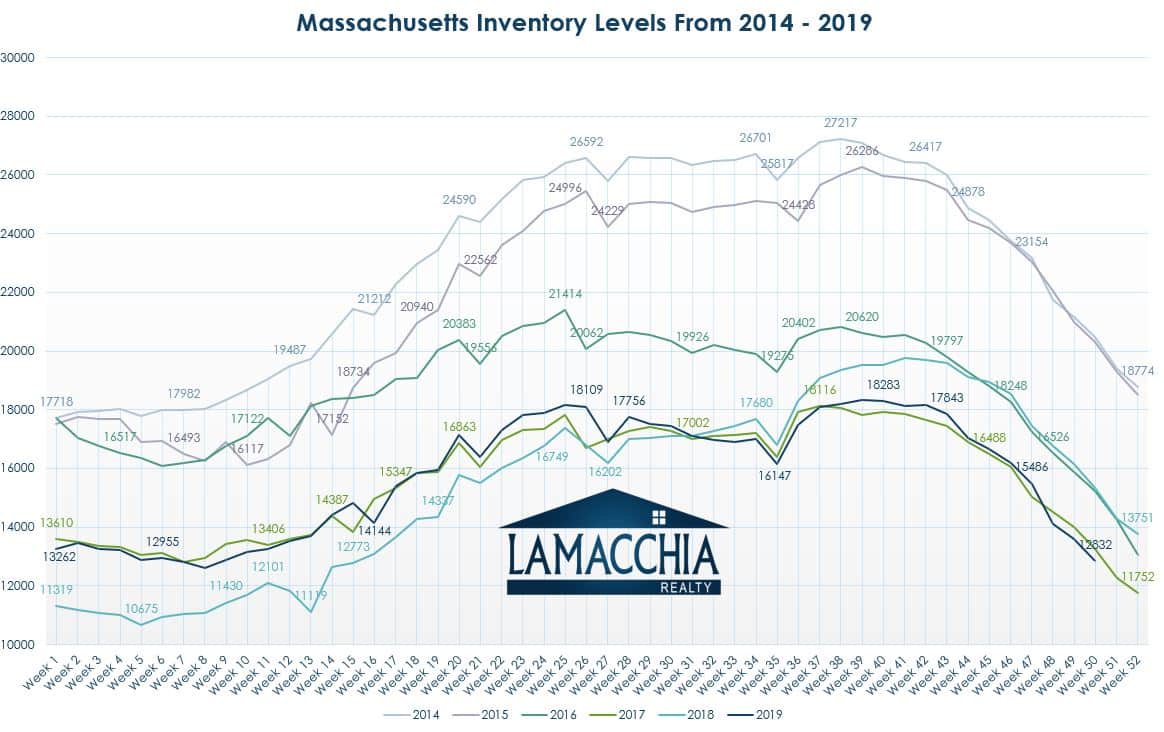 The short answer is we are headed into a very strong sellers’ market in the spring.  Probably the strongest sellers’ market we have ever seen.  Much more than last spring and here’s why:

These three factors will have a major impact on the real estate market at the start of 2020.  There is no doubt in my mind we will see more bidding wars than ever in the late winter and spring. This is wonderful news for sellers and not so good news for buyers.  I say it every year and I will say it again fall is the best time to buy. This past fall was the best fall to buy in years due to the low rates and higher inventory like every fall. Those who wanted to buy but didn’t will regret it when they have to pay more this spring.

Though I feel strongly that 2020 will come out flying and be very busy, it’s important to remember that we have a Presidential election in the fall.  Every fall that we have an election it’s slower and it’s especially true with Presidential elections. Given the expected level of polarization of this particular election, I will be surprised if history doesn’t repeat itself during this election.  So, if you are a home seller it will be more important than ever to list early so you can make the most money and do not get crazy with your price because you could end up selling for even less.

Despite the upcoming election and lower inventory, I expect right around the same amount of sales in 2020 (about 92k) as there were in 2019 mostly due to the year starting with lower rates and the strength of our economy. Buyers will be out in force.  As far as home values; bidding wars drive values up so it will be a big year for price growth. I think the average price will rise by at least 5%. As of the end of November, the average price is $459,250 compared to $440,295 which is a 4.31% increase.  I have no doubt that 2020 will beat that.  Time will tell if I am right on all this!