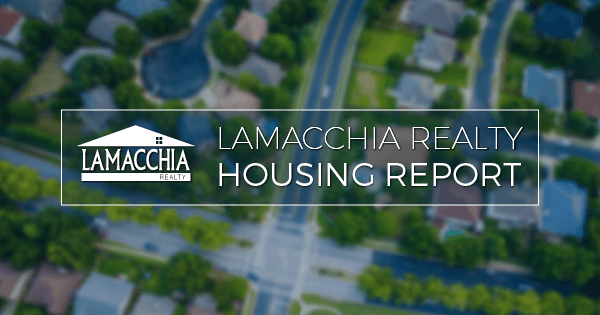 The Lamacchia Housing Report presents overall home sale statistics and highlights the average sale prices for single families, condominiums, and multi-family homes in Massachusetts and Southern New Hampshire for November 2018 compared to November 2017. It also looks at other metrics in Massachusetts like Homes Listed For Sale, Homes Pending, and Price Adjustments made to active listings, as they are often the best indicators for predicting future trends in the market.

There were 659 price adjustments in Massachusetts in November of this year which is up by 11.32% from last November, which was at 592.  This is down by almost half, however, from last month which exhibited 1,278 price changes.  The homes listed in early fall which implemented their price adjustments have sold and motivated sellers who are new to the market are likely setting their prices at more attractive levels in order to sell during the holidays.

There’s a slight decrease in the number of homes that were listed, only down 0.52% from last year showing this market’s performance is relatively on par with last year’s market at this time.  There were 6,359 listed in November 2018 compared to 6,392 last year.  Though it is still lower than 2017, which has been pretty consistent for the cold months this year, we are almost neck and neck again.

Pending home sales are down by 8.43% over last year.  6,536 homes went Pending in November 2018 over 7,138 in November 2017.  Last month’s decrease in pendings suggested a downward trend for this month’s home sales, so again, we may see a decrease in home sales in December, but it’s not always the case, as motivated buyers and sellers find a way to get the deal done during the holidays and before the first of the year.

The number of home sales, homes listed, and homes that went pending are all down this month with prices and interest rates still higher than last year.  Although we’ve seen a bit of a dip in interest rates by about a quarter of a point, interest rates are still high and sellers are going to have to be realistic about the list price of their homes to attract the right buyers as explained in Anthony Lamacchia’s recent Market Report video.   Rates are expected to increase steadily over 2019, so buyers and sellers may have to readjust how much they think they can buy and sell for. Things tend to quiet down a bit in November and December but that doesn’t mean that things stop entirely.  These are the months that buyers and sellers are the most serious to get a deal done.

Sellers planning to list should be prepping their homes for a winter sale in order to attract buyers who will be coming out after the first of the new year.