The Lamacchia Housing Report presents overall home sale statistics and highlights the average sale prices for single families, condominiums, and multi-family homes in Massachusetts and Southern New Hampshire for March 2018 compared to March 2017. It also looks at other metrics in Massachusetts like Homes Listed and Pending, as they are often the best indicators for predicting future trends in the market. 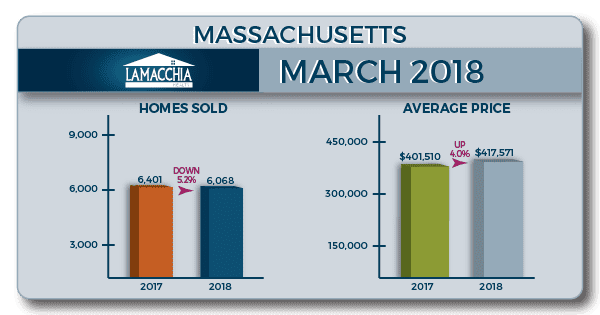 There were 9,074 homes that went pending in March 2017 and 8,574 in March 2018 showing a 5.51% decrease.  With both listed and pending numbers showing decreases, we will likely see sales numbers down for April as well. 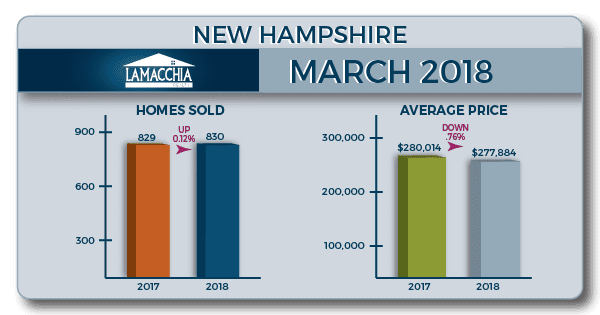 In February, with sales, prices, and the numbers of listed and pending homes up, it appeared that March would be a strong month for sales but that didn’t happen.  With pending numbers being down in March and down April 1st to April 15th it is likely that sales will be down in April as well.  The lack of inventory is really causing a lot of frustration for buyers and Realtors alike.  It is also causing fear among sellers who are worried about listing their homes because they don’t think they will find the home they need in time.  In the last ten days, seller activity and homes being listed seems to have really picked up, so sales will rise again in the months to come but we are not convinced sales will be up for the year.   However, it’s very early to tell.