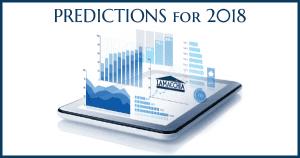 Here we are in the last week of December, after another very strong year for housing with prices and sales rising again making home sellers very happy. Buyers who were able to land a home are also excited to be in on a piece of the American dream and they should be.  Inventory is currently 13% lower than it was a year ago. Does all this sound familiar?  It should because we were in the same exact place last year and the two years prior- the only difference is it’s even worse this year or better, depending on how you look at it.

There are currently 12,211 homes on the market which is the lowest amount for this time of year in over 20 years.   What does this mean for 2018? It means more of the same but worse! If you were a buyer or a Realtor who represented buyers in the first 8 months of 2017, you could not help but get aggravated with all the bidding wars, homes selling over asking price, buyers getting angry and disappointed.

Get ready for it to be even worse in 2018. Yes, I said it… even worse, depending on whose side you’re on. If you are a seller or a listing agent, you’ll love it!  Sellers over the last three late winters and early springs ruled the roost and they will even more this year!  The only way sellers could possibly screw it up is if they over price or hire the wrong Realtor. If they don’t do either they likely will end up very happy with their sale.

It is impossible for this not to happen based on the inventory trend we are stuck in over the last four years.  What will break this trend?  The only thing that will break it is if, and when, buyer demand slows down, but with the economy booming and the tax plan finally over with it doesn’t look like that will happen anytime soon.  It’s like the early 2000’s all over again!

Due to this incredibly low inventory, we will see more sellers renting back from their buyers until they find a home and more sellers having contingencies like, “sale subject to seller finding suitable housing” than we have in years.  These ‘domino’ scenarios of a home sale being subject to other sales will be back in full force more than we have we have seen it since the last time inventory was this low in the 2000’s. Buyers and their agents used to avoid protective seller contingencies, and move on to the next house. With inventory this low, that’s not an option and these contingencies are becoming much more prevalent again. As this happens buyers and sellers come to expect it and will work together more to make sales happen.  Overall, this is a good thing and it will be around until inventory begins to increase.

Given the low inventory, bidding wars and high buyer demand prices will continue to rise throughout 2018. It is virtually impossible for them not to rise given the market we are in.  This will be especially strong and noticeable over the summer as it always is when sales that were put together in the winter and spring close.

After over six years of mortgage rates being historically low, I think they will finally rise a measurable amount by year’s end.  The economy is shifting into high gear and that can only last so long until the mortgage rates finally go up as well. Currently at 4.09%, they already have risen since November- and it is possible that they adjust back down again- but I think by year’s end they will be closer to 5%.  Although I do not fear this because a stronger economy equals higher wages and buyers can afford it.

In closing, I want to say that some of this may sound negative to certain people, especially buyers and buyer’s agents, however I do want to point out that these problems that we deal with because of the tightness in inventory and in the market, is a good problem. It shows that buyer demand is high, the economy is strong, and it is far more fun to deal with these problems than the alternative that we were all dealing with ten years ago when demand was low, and inventory was high.